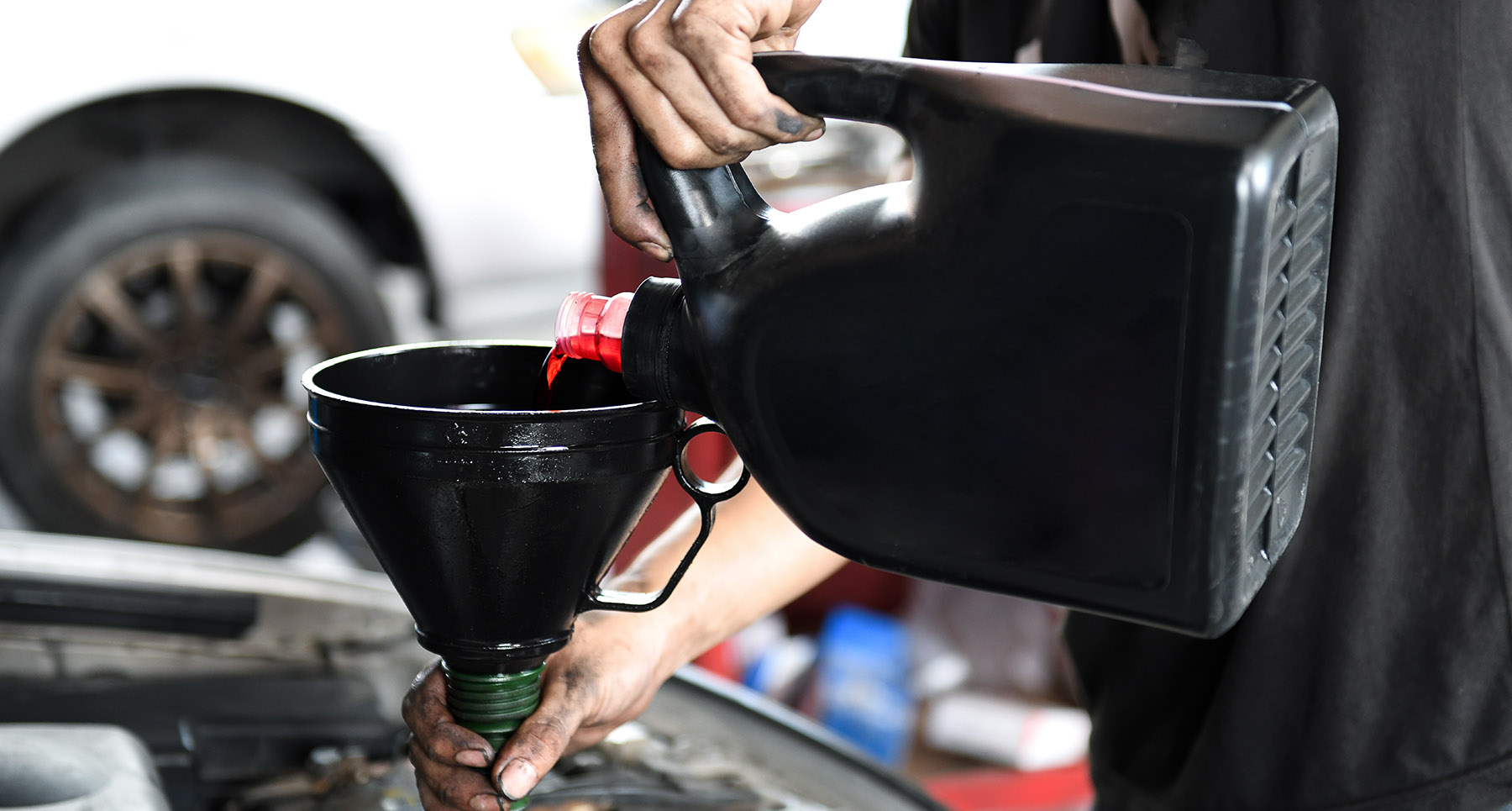 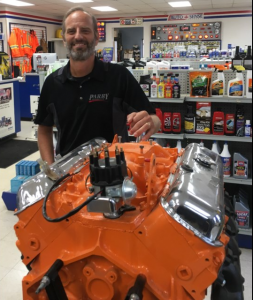 This story started with a brief comment made by Steve Van Kessel, co-owner of Orillia’s Parry Automotive company, at a Kiwanis Club lunch meeting last spring. Following a short presentation to the Club about Sustainable Orillia’s beginnings, Van Kessel remarked that his company collected plastic containers that were contaminated by their contents and shipped them to a recycler who was able to use the material. That sounded like a “good news” story for Sustainable Orillia, but when I went to talk to him to get more detail, I discovered a whole new concept of recycling—that is, new to me.

First the story about the contaminated plastic.

About seven years ago, Parry Automotive realized that every day they were shipping a variety of oil products, antifreeze, even windshield washer fluids out to their customers in plastic containers that, once emptied, were destined for the local landfill. The contents of these jugs and bottles permeated the plastic to such an extent that the containers themselves could not simply be rinsed out—and if they couldn’t be rinsed out, they became trash to his customers. (Consumer alert: Van Kessel tells me that the windshield washer fluid we buy for our vehicles does the same thing to its container—making them impossible to recycle. Can we find a place to refill those containers when empty?)

Deciding that this wasn’t acceptable, they went looking to find a company that would take the product—and found one! Pnewko Brothers, a plastics recycler located in Aurora, entered into a deal with Parry Automotive whereby they would supply the company with a 50-foot trailer if Parry Automotive would pick up the used plastic containers and return them to the company. This was a no-brainer for Parry Automotive; they had trucks going out to their customers every day—and they came back empty. By providing some large bags for the plastic containers, they persuaded their customers to send back the empty containers for recycling rather than sending them to the landfill. This was a value-added service to their customers for which there was “no extra charge.” The bags went into the trailer and every 2-3 months, a full trailer was sent to the Pnewko Brothers.

A huge problem solved—at least for Parry Automotive customers in this area! “Why did you decide to do it?” I asked Van Kessel. “We wanted to help our environment, and at the same time help our customers,” he replied.

And if you’re wondering what happens to those recycled plastic containers, Van Kessel tells me they’re used to make a composite wood (and plastic) product that is used to build decks.

But that’s not the end of this story.

A walk around Parry Automotive with Van Kessel opened my eyes to what this company does to reduce waste on a scale that few of us probably ever think about. And it’s been doing it for decades.

A big part of Parry Automotive is its Machine Shop, a place in behind the retail sales area of the business that could be said to have been the real start to the decades-old business. For years the Machine Shop has been re-building engines—engines from trucks, cars, tractors, even boats—especially the mahogany runabouts that cruised the Muskoka lakes for decades. Van Kessel showed me an area full of old engines, most of which are destined to be re-built by his skilled machinists. The before and after pictures are amazing. An old motor looks like it must be destined for the scrap heap; when rebuilt, it looks brand new—and essentially is a new product which will perform for another 300,000 miles if looked after.

Van Kessel showed me engine components that had come out of a 1966 Dodge Charger. “They’re 50 years old, but rebuilt, they’re ready for another half century.”

“We keep in touch with antique boat clubs and with heritage car owners,” said Van Kessel. “in fact, we sponsor the Downtown Orillia Classic Car Show held on Orillia’s Mississaga Street on August each year. It makes sense for us as a lot of those car owners are our customers.”

The talk and tour of Parry Automotive that Van Kessel gave me was an eye opener. The owner finished by showing me the new parts he ships out to customers—and the old parts they ship back to him in the boxes that held the new parts. And what happens to these old parts? “We ship them back to our suppliers and they rebuild them into products that can be used again.”
Brake calipers, brake shoes, brake master cylinders, alternators, starters, steering racks, power steering pumps, air conditioner compressors, batteries–all go through this process.

We’ve all seen used car scrapyards. And eventually some of those parts end up being collected by a company like Morton Metals here in Orillia (another “sustainable story” I’m thinking). But recycling is a given for the people who own and work at Parry Automotive.

Hats off to you, Parry Automotive! Thanks for what you do.

A closing note: I asked Van Kessel about the engines in today’s cars. “Not so easy to deal with,” he said. Auto manufacturers are making a lot more engine sizes than they used to, so parts aren’t available for rebuilding them—and on top of that problem, many engines aren’t really made to be rebuilt. It appears that even the cars we buy are being made to “throw away” when we’re finished with them.

How did we ever get to thinking a “throwaway” economy made any sense at all? Governments, are you listening? Regulation may be the only way to end this madness!