Trees – Our Partners in Sustainability

Trees. We see them every day in our part of the world, whether we’re walking downtown, driving from here to Coldwater, or part of the traffic heading north from Toronto on Fridays in the summer. Yep, there are probably hundreds of them visible from wherever you are in this part of Canada. That’s why no one plays the “Let’s see who can see a tree” game when we’re traveling.

Sustainable Orillia has determined that “trees” will be our theme for the 3rd quarter of 2021 (July-August-September).  Readers will find that various articles and our art contest for this quarter will focus on interesting aspects of trees and their importance to maintaining a sustainable world. In addition, we are encouraging our Sector groups to look at ways they can reflect trees as a theme in their projects and events during the summer. 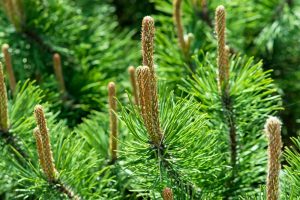 Why trees? Since we have so many trees locally, we take them very much for granted. Yet the town of Orillia and others in this area were founded largely because of the trees—the old growth forests of this area that were logged mainly throughout the 19th century. These old growth forests contained more tree species and different proportions of each species than today’s second growth forests: sugar maple, beech, and hemlock dominated this area but there were also oaks, ash, basswood, red and white pines, white spruce, balsam fir, white cedar, white birch and trembling aspen. In addition, they provided habitat for a greater variety of plants and many more species of birds and mammals that prefer old growth habitat.

Then—between the mid-1800s and the early 1900s–these old growth forests in southern Ontario disappeared—from logging, forest fires and settlement. Today many of the forests we see are “county forests” of relatively few tree species that have replaced the diversity of old growth forests. For example, the Simcoe County Forest is the largest and one of the most productive municipal forests in Ontario, totaling over 33,000 acres, primarily pine and spruce trees. In spite of this success, there is a growing movement to try to restore old-growth forests in some areas in order to bring back the diversity they once contained. 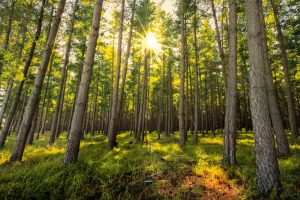 It would probably be enough to remind readers that the oxygen/carbon dioxide cycle is impossible without trees—one reason why many are advocating the planting of billions of trees around the globe to sequester carbon dioxide as one of the antidotes to the climate crisis we are facing.  Trees are also fundamental to ecosystems, homes to thousands of bugs, birds and animals all around the world. In addition, however, research scientists are learning things about trees that were completely unknown till now—with the noteworthy exception of indigenous teachings around the world that have always understood and stressed the interconnectedness of everything in the natural world—including humans.

Here are some of these scientific findings:

Trees are so much more than a source of lumber or even of fruits and nuts.  They are habitat—for us, as well as for an astonishing number of living things. We are discovering that they are essential to the health, not only of the Earth, but of each of us. At Sustainable Orillia we think this is a topic worth exploring—thus our theme for the next three months is . . . trees.

P.S. If you have a story to tell about trees or a single tree, please let us know via Sustainable Orillia’s website – www.sustainableorillia.ca

(The writer of this article is indebted to a series of New York Times articles on trees.)