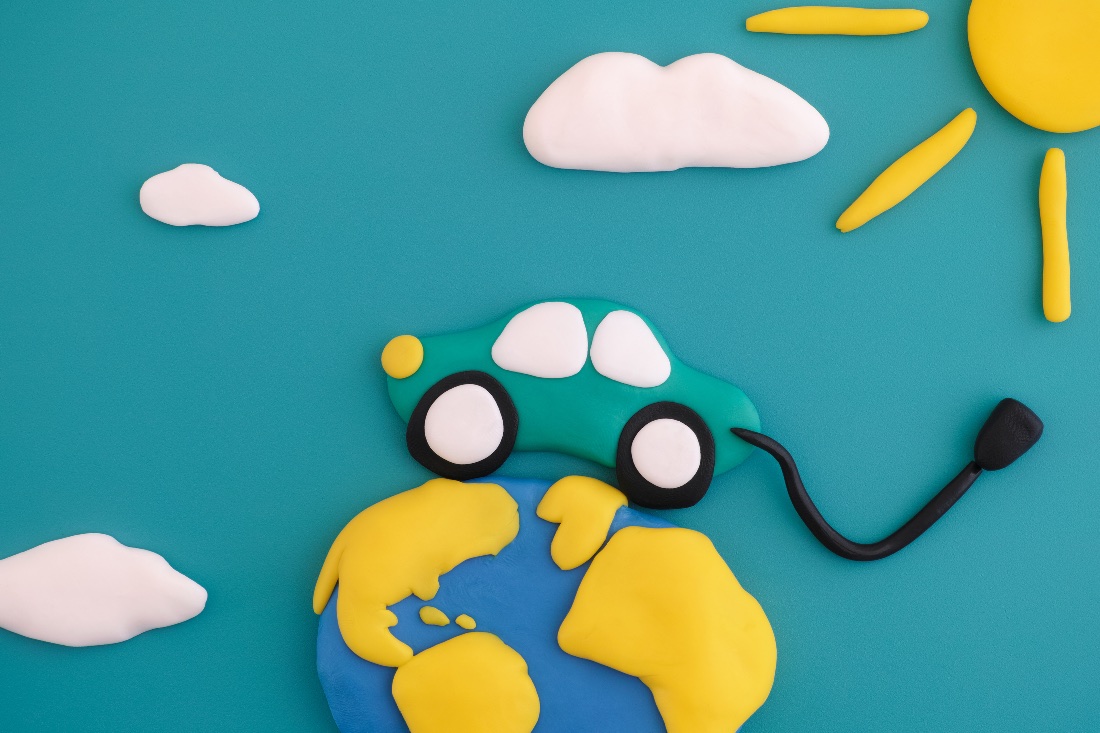 A simple answer to addressing the Climate Crisis? “Electrify Everything.”

On February 25th of this year, The Atlantic magazine published an article by staff writer, Derek Thompson, entitled “Forget Reduce, Reuse, Recycle,” a title which should grab the attention of anyone who has been trying to do exactly those things—reduce, reuse and recycle—over the past few decades. The article is an interview with Saul Griffith, author of the book Electrify: An Optimist’s Playbook for our Clean Energy Future, published by Penguin Random House Canada in 2021.

Griffith has a simple message for the world: “Electrify everything!” 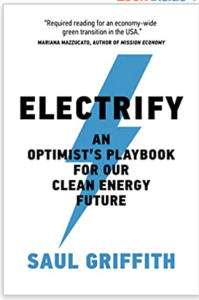 buildings. Electrify our industrial processes . . . We then have to produce all of that electricity with zero emissions, which means solar, wind, hydroelectricity, geothermal, but also nuclear. We can use biofuels, too.”

Griffith goes on: Very simply, the great majority of our emissions will be eliminated by electrifying everything. It also makes concrete the important decisions in a person’s or consumer’s or citizen’s life: what you drive or ride, what powers the place that you live, what powers your appliances. And it’s doable—by 2037, he argues.

What’s so attractive about Griffith’s advice is its simplicity. Too often environmentalists, business people and government spokespersons get bogged down in the complexity of what the changes needed to meet the Climate Crisis really look like. As he observes, [W]e have not had any positive messages about what a clean-energy future looks like. We have to bridge the imagination gap. There are, of course, hundreds of changes, large and small, that our society—our world—will have to make if we are going to limit the rise in global temperatures and avoid what many are now calling “catastrophic” consequences. But it all boils down to Griffith’s “electrify everything.”

We in Orillia can start this process of electrifying everything right now. Orillia is powered by emission-free electricity, thanks to the OWLP’s decision over a hundred years ago to harness our local water power. Ontario’s electricity is also mostly emission-free, with the exception of power generated by gas plants (just 6% of generation currently), power that could be replaced by solar and wind with an aggressive plan to do so. We would have to retain nuclear power, likely, but that, too, is emission-free (author Griffith bases his argument on the retention and use, even the expansion in some countries, of nuclear power).

As a result, Orillia’s home and business owners can proceed to electrify their homes, their transportation, and their businesses immediately, knowing that doing so will result in time in Orillia becoming a zero-emission—or net zero—community.

Where to start? For homeowners and landlords, Griffith notes that switching to an electric vehicle (or transit), replacing fossil-fuel heating with heat pumps, and powering everything else in the house or business with electricity is the goal. This means phasing out natural gas, a common source of both heat and cooking in many homes. While there will be resistance to this from some consumers as well as from the gas companies, a recent report detailing the dangers—to children, especially—of the gases given off by gas stoves (methane and carbon monoxide being chief among them) should be an added incentive to doing so. Basically, it’s a health issue as well as a climate change issue.

Another step would be to start adding rooftop solar panels into our community. Any rooftop that catches the sun can also be generating electricity, as can large buildings in our city—factories, apartment buildings, and yes, even our Recreation Centre. Griffith notes that “More than 30 percent of Australian homes now have rooftop solar, compared with only 3 percent in the U.S.” Canada’s percentage is likely less than the U.S. percentage, as it is states like California and Arizona, in sunnier areas, that have initiated programs to build rooftop solar. What’s needed to spark a more aggressive program is to simplify “soft costs” like permits, inspections, customer purchases and overhead, Griffith argues.

As for making the switch to electric vehicles, that is already starting to happen. Anyone who plans on trading in their current vehicle over the next ten years should be thinking of buying an EV. Many are now on the market—including Ford’s 150 trucks—and more are on the way. With those new models also comes longer range potential, as well, though a necessary action along with the production of EV’s is the building of a charging network throughout our province and country. While this process has begun, much of the past few years has been wasted in not taking action on this issue more aggressively.

Author Griffith offers an intriguing look at one consequence of moving to EVs. He notes, If you take a suburb with a thousand homes in it, those families might spend $3.5 million a year on gasoline. When those families fill their car with gas, the money immediately leaves the community and goes to Texas or Saudi Arabia. But if the cars are run on electricity that comes from their own rooftops and houses, then no money is leaving the community. You can take that $3.5 million and build new classrooms. That’s really exciting to me. That’s an idea that should be exciting to all of us!

Let’s leave the summing up to Griffith, as well. There are a few decisions that really matter: where you choose to live, how you power your home, and what you drive. That’s really what matters. So I think about this on a 10-year time horizon, which matches the urgency we need. I say the next time you buy a water heater, the next time you buy a car, in the next 10 years, make it electric. If [we] make a small number of decisions well, we can solve climate change together.

Next time you’re in conversation with family or friends about meeting the challenges of the climate crisis we face, simply remember, “Electrify everything!”