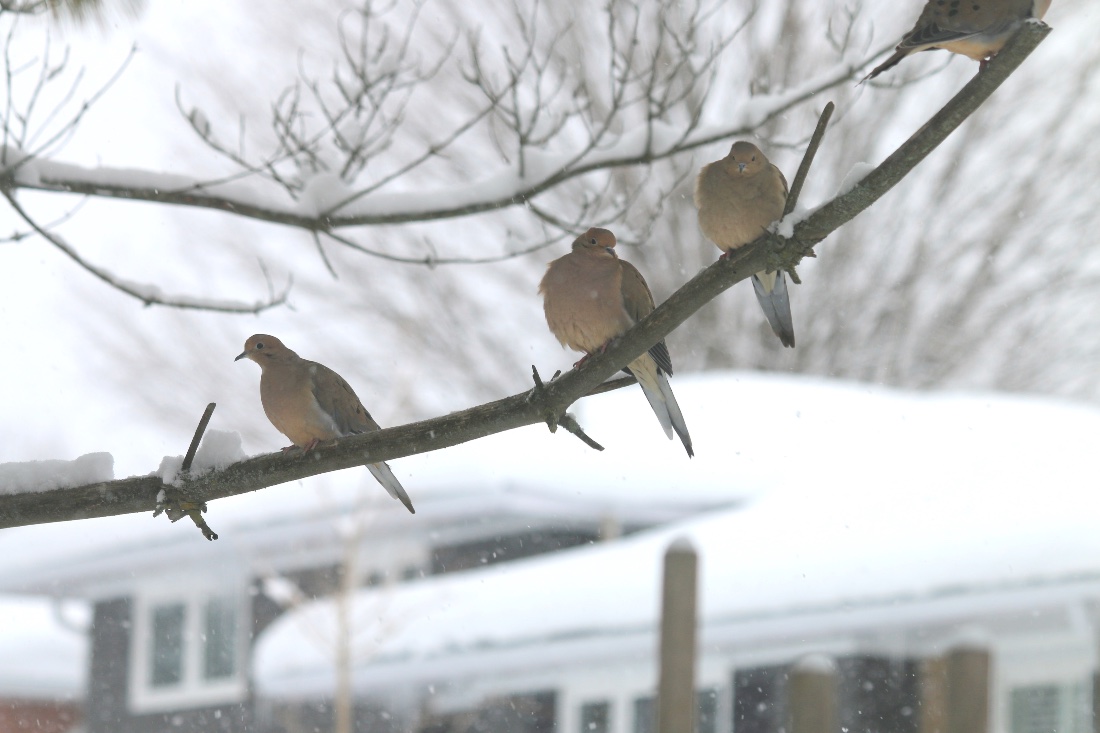 According to Nature Canada, a Bird Friendly City is a community where key threats to birds are effectively minimised.

Although we have to accept that the estimated three billion birds that have been lost in Canada and the USA since 1970 were mostly due to human activity, such as habitat loss and agricultural intensification, we in Orillia can partially atone and help matters in our own backyards in quite a few ways. One important way-is minimising the threats to birds posed by our domestic pets, namely cats and dogs.

Although Orillia has a bylaw that requires dogs to be leashed while outside their owner’s property, unless in the two dog parks designated for this purpose, it is not uncommon to see a few owners not complying with this ordinance, often in the trail systems that cross Orillia. It might seem harmless to some, and their dogs certainly appreciate it, but this can pose a real threat to ground nesting birds during incubation. The same applies to your backyard in late Spring when fledglings have either fallen out of the nest, or are learning to fly but have not quite got the hang of it. Please consider keeping Rover tied up during this crucial period.

According to some sources there are about160,000,000 cats in Canada and the USA, approximately half of which are feral. It is this half that are responsible for the great majority of cat attributed bird deaths. Cats are highly intelligent and make wonderful pets, and if properly looked after, hardly deserve their reputation as serial bird killers. Looking after your cat means it is loved, well fed, is spayed/neutered and taken care of. Cats in this category have been shown to be far less likely to be bird killers. Some cats are specialist hunters, such as a cat we once shared a home with. He continually caught mice and chipmunks which he never ate but proudly brought us as gifts in case we were hungry. We never saw him with a bird, in fact, on one occasion he came running into the house with his tail between his legs and took cover under a bed, hotly pursued by a pair of angry robins.

If in addition, cats are kept indoors, as about 46% of them are, this reduces the threat to bird life to zero, and has the additional benefit of protecting your cat from hazards like traffic, disease, poisoning and property owners who object to cats trespassing in their garden. Night can brings even more deadly threats to Fluffy, and if you install an infra-red game camera in your yard, you might well be surprised what shows up.

Coywolves, coydogs, and coyotes are around in Orillia after dark and all will kill a cat on sight, not to mention Great Horned Owls who are perfectly capable of catching a kitten or even a small cat. I do not believe that Bobcats or Fishers (a large member of the weasel family who have been blamed for cat killings) are in Orillia yet, but are thriving not too far north from here and seem to be extending their southern range.

Feral cats have to depend on hunting to exist, and so are responsible for the great majority of birds killed by cats. Usually a colony of feral cats becomes established from domestic cats who have not been spayed or neutered, getting lost, abandoned, or leaving their homes as the result of abuse, and consequently breeding. As one fertile tabby is able to produce around 13 kittens per year, in three generations, her progeny will have  lost their domesticity and have completely reverted to a feral state.

Fortunately there are organisations in Orillia like the Comfie Cat Shelter and a branch of the Ontario Society for the Prevention of Cruelty to Animals that  should be given credit for the relatively small number of feral cats here.

The Comfie Cat Shelter has a dedicated group of volunteers who gather strays and homeless cats, having them spayed/neutered, looked after and placed in carefully vetted homes. No cat is ever euthanized.

The OSPCA currently is not adding to the wait list for their neutering clinics. Finding funds for the operation of both of these organisations is an uphill battle due to the costs of vet bills (Neutering can cost $400 and spaying $800,) and looking after the needs of sometimes 100 sheltered cats at a time, can be very expensive.

Orillia does not have a bylaw which prohibits cats roaming or be licensed like dogs, but for the sake of both cats and birds, it definitely would be advantageous to have one, albeit costly to enforce. So the best way for now to control feral cats is to prevent as many as possible becoming feral in the first place by keeping cats indoors, well looked after and (if it can be afforded,) spayed or neutered. Orillia’s birds will thank you for that. 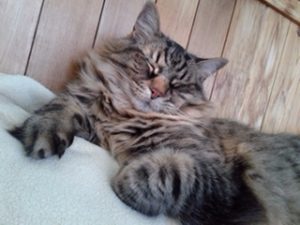 The cat in the accompanying picture is Tiger who is housebound, well looked after, and never been happier in his whole life. Getting on in years, the rough and tumble of life outdoors is not for him and never was, and his only interaction with it is when he occasionally sits by the window and makes little growly noises at the squirrels and chipmunks outside.